Diversity is more than a buzzword for us. This is not only reflected by our international network made up of partner organizations from more than 160 countries. At the national level, too, there is a colourful mix of different cultures, languages, competencies and fields of activities – in our own team as well as our national network.

The Austrian Standards group is made up of:

Being a non-profit service organization, this association has promoted a transparent and open process for the development of standards in Austria since 1920.

This innovative service provider has brought the know-how laid down in standards from all over the world to Austria since 2008 and makes it readily accessible – through training formats, online tools, certification models, etc.

This technology enterprise was set up in 2018 and provides the infrastructure required for our operations, such as IT, equipment, facilities, etc.

The supreme body of the association Austrian Standards International is the Presidents' Group headed by President Univ.Prof. DDr. Walter Barfuß.

Walter Barfuß who holds degrees in law and political science is one of the leading experts on constitutional and administrative law in Austria. In his work as attorney-at-law, university professor and member of numerous boards and committees, he deepened his impressive expertise that is based on a fundamental understanding of law, society, economics and politics. Viennese-born Walter Barfuß chaired commissions on economic law and deregulation as well as the supervisory boards of E-Control and Wien Holding and received many prestigious awards. Moreover, he is scientific board member und co-editor of several legal journals and member of DIN’s Presidial Board. One of his typical characteristics "is the desire to build bridges based on solid ground, to use and maintain them," said the former director general of Austria’s Federal Competition Authority. Walter Barfuß has been President of Austrian Standards International since 2002. 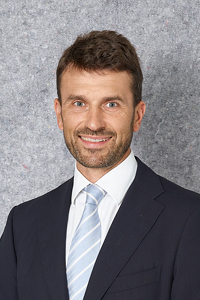 "Keeping well-proven practices and embracing innovation" is the guiding principle of Stefan Ehrlich-Adám, CEO of EVVA Sicherheitstechnologie and Vice-President of Austrian Standards International. The graduate of the Vienna University of Economics and Business who, in addition to German and English, also speaks French and Spanish sees standards as the simplest route to international success across national borders. Having grown up in Mexico, Senegal and Austria, international experiences have characterized his biography from early childhood. Under the management of Stefan Ehrlich-Adám, EVVA has developed into an internationally successful manufacturer and provider of access control systems. The company supplied security technology, for example, to Vienna’s General Hospital, the Copenhagen opera house, Google’s offices in Hong Kong and the cruise liner Queen Mary II. The daily "Die Presse" named him Entrepreneur of the Year in 2014. Stefan Ehrlich-Adám is the father of three children, chairman of the Supervisory Board of Rath AG and committee member at Metaltechnology Austria. He heads the Industry Division of the Vienna Economic Chamber and is a member of the Executive Council of the Viennese group of the Federation of Austrian Industrialists. 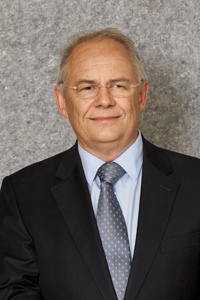 Manfred Matzka is Vice President of Austrian Standards International and chairman of the Supervisory Board of Bundestheater Holding. During his career, the expert for constitutional and administrative law who holds a degree in law headed the Interior Minister’s private office and a division in the Ministry of the Interior as well as the Division for General Matters at the Federal Chancellery. Precision and strategic orientation coupled with creativity and the courage to adopt unconventional solutions characterize the personality of Manfred Matzka who was born in the Waldviertel region. He sees standards as an indispensable regulatory basis of economic activities and as a form of self-regulation that contributes to deregulation. He has long-standing experiences as a member of supervisory boards of enterprises with public tasks and in the non-profit sector. He taught at the University of Vienna, teaches at the FH Campus Wien and authored numerous legal and non-legal publications, the most recent one being "Die Staatskanzlei - 300 Jahre Macht und Intrige am Ballhausplatz" (The State Chancellery - 300 years of power and intrigue on Ballhausplatz). 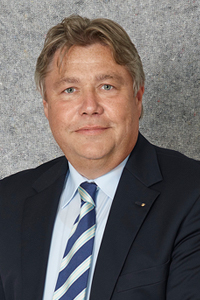 As managing director of RÜBIG GmbH, Harald Plöckinger is in charge of the development and advancement of this high-tech supplier which operates in industries such as aerospace, automotive and medical technology. Previously, he was a board member of KTM AG and KTM Industries AG for 15 years. Since 2013, Plöckinger has served as vice president of Austrian Standards and made it his task to raise awareness of the importance of standards – in his view they primarily bring safety and security — as a “common language” of an international economy based on the division of labour. The Upper Austrian studied mechanical engineering at the Graz University of Technology and, among others, worked in engine development at BMW and in production and business management of the engine manufacturer Bombardier-Rotax. As a strategist, Harald Plöckinger is used to thinking in a target- and solution-oriented way. He also brings to bear his expertise in the design of production and quality management systems and e-mobility as a member of the supervisory boards of racing systems provider Pankl, chassis component manufacturer WP and energy supplier eww. In addition, the father of two sons contributes to inter-ministerial working groups on e-mobility and is a member of the Trade Association of Austria’s Automotive Industry within the Austrian Federal Economic Chamber.

Member of the Presidents' Group

The law graduate Mag. Helmut Hirt is chief executive director of the Office of the Styrian Government and hence the most senior civil servant of the Province of Styria. The native of Hartberg, started his career as a police officer, studied law at the University of Graz in parallel to his work and specialized in all facets of administrative law. The father of one daughter was managing director of the Styrian Hospital Fund and headed the office of Provincial Governor Franz Voves before he became a member of the Styrian government in charge of health, hospitals and personnel from 2005 to 2009.

In 2017 Hirt was awarded the Grand Decoration of Honour in Silver with Star for services to the Styrian Firefighters Association. The experienced networker excels by extensive expertise in the interaction between politics and administration and views standards as cornerstones in national and international competition. As a representative of the federal provinces, Helmut Hirt has served as the member representing the federal provinces on the Presidents' Group of Austrian Standards since 2018.

The law graduate Mag. Anna Maria Hochhauser was secretary general of the Austrian Federal Economic Chamber until July 2018. In this position, she has been responsible for export issues and the interests of domestic enterprises for many years and as a result, she is fully familiar with the needs of Austrian companies. For the native of Upper Austria, standards are a significant factor of competitiveness, especially for companies operating internationally.

Her strengths include openness, straightforwardness and respect for the views of others. Anna Maria Hochhauser inputs her experience and expertise into the supervisory boards of Wiener Städtische Versicherungsverein - Vermögensverwaltung and Energie AG Oberösterreich as well as the Presidents' Group of Austrian Standards. In addition, the mother of one daughter is active in local government as municipal councillor in her hometown.

She studied in Vienna and Lausanne and, among others, worked as a research fellow at the Institute of Constitutional and Administrative Law of the Vienna University of Economics and Business Administration. She holds a doctor’s degree both in Law and in Economics.

Elisabeth Stampfl-Blaha was awarded the Decoration of Merit in Gold of the Republic of Austria in 1996, is the author of specialized publications, teaches at the University of Linz, the Law Department of the University of Vienna and at the Danube University Krems and is a consultant for projects in Central and Eastern Europe.

Find out more about us

The Presidential Council of the Austrian Standards International is the main specialized consultative body of the Association.

The members of the Honorary Board fulfil a significant advisory function with regard to the strategic orientation of Austrian Standards.

Reports with numbers, facts and figures about Austrian Standards.